How do you update a formal dining room with an antique French dining set and bring it into the 21st Century, without changing the character of the room? When we were called to give this room an update, we knew it would be a delicate balance. This beautiful antique set was brought over from France in 1932, and is an important part of our client’s family celebrations. Christmas, Easter, Birthday dinners, it’s been a part of them all.

The room was looking a little tired and the fabric on the dining chairs was in need of replacement. Our client wanted to basically keep the room the same, but allowed us to use a little creativity. We felt that the room needed some cool to balance the warmth of the wood. We selected new wallpaper, faux painted the ceiling, had custom draperies made and grounded it all with a new Persian rug.

The stunner was going to be the dining chairs. We knew that we wanted to show off the intricate carving on the chairs and really play up the ornateness of the set. We choose a beautiful Barbara Barry linen in a stunning shade of blue that played off the orange toned wood beautifully. 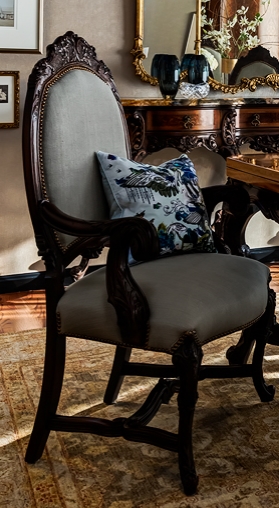 As stunning as the linen fabric was, we felt it needed just a bit of luxe. Something to add that little extra, without taking over the room. That’s when we hit upon the idea to monogram the backs of the chairs.

Monograms are the oldest form of identification and we felt it would add both some history and that wow factor we were looking for. Monograms have been around for thousands of years, first appearing on coins as early as 350BC. They’re often made up of  intertwined initials that are sewn into fabric or embossed into furniture.  We loved that monograms have a rich history, from Charlemagne to artists, royalty and even fashion companies. The most famous monogrammed logo in the world are the intertwined C’s of Coco Chanel.

Knowing that we wanted to create a beautiful monogram for our clients using a combination of their first and last initials, we called in Dana Lissack, a graphic designer and illustrator. She came up with a few monogram designs for us to look at. After making tweaks here and there, we were able to show the client a finished drawing and have her sign off on it. But there were still more decisions to make. We had a few mock-ups made with different colours and sizes of threads. Then it was off to the upholsterers to figure out placement. Nothing is ever as easy as it looks, is it? You can believe that it took a lot of discussion to figure out precisely where to position the monogram. Meeting with the upholsterer with mock-up to decide placement of monogram.

The fabric was cut two inches larger then needed by the upholsterer and brought over to be embroidered. Then it was returned to the upholsterer to be put on the backs of the chairs. We choose a soft silver thread that matched the linen but had some shimmer so that it stood out. The swirly line through the letters was stitched with less thread then the letters to provide some dimension.

Here’s the finished result. Our client was thrilled and we couldn’t be more happy. 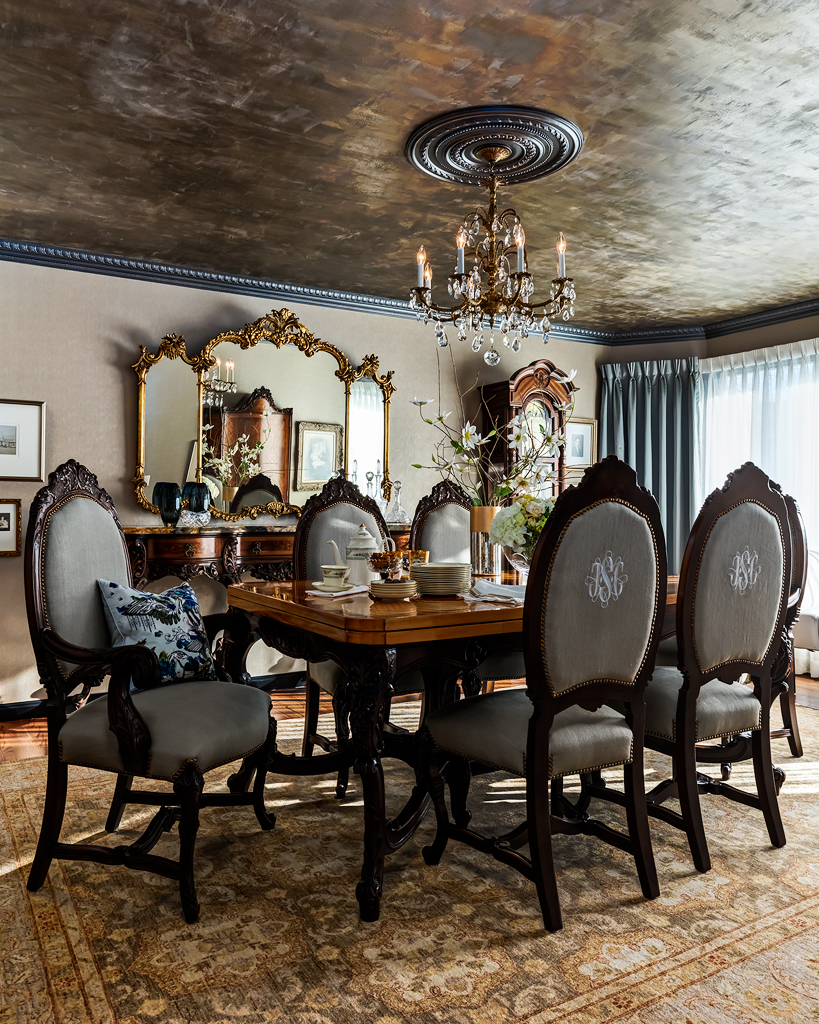 As they say, ‘design is in the details’. There’s no touch too small when creating a personalized home. We love giving clients that unexpected touch that makes their home unique and special.

Other Posts to Check Out:

Art Noveau- The New and Old

Blur the Boundaries With Bergere

Architectural Salvage adds a Piece of History to any Home 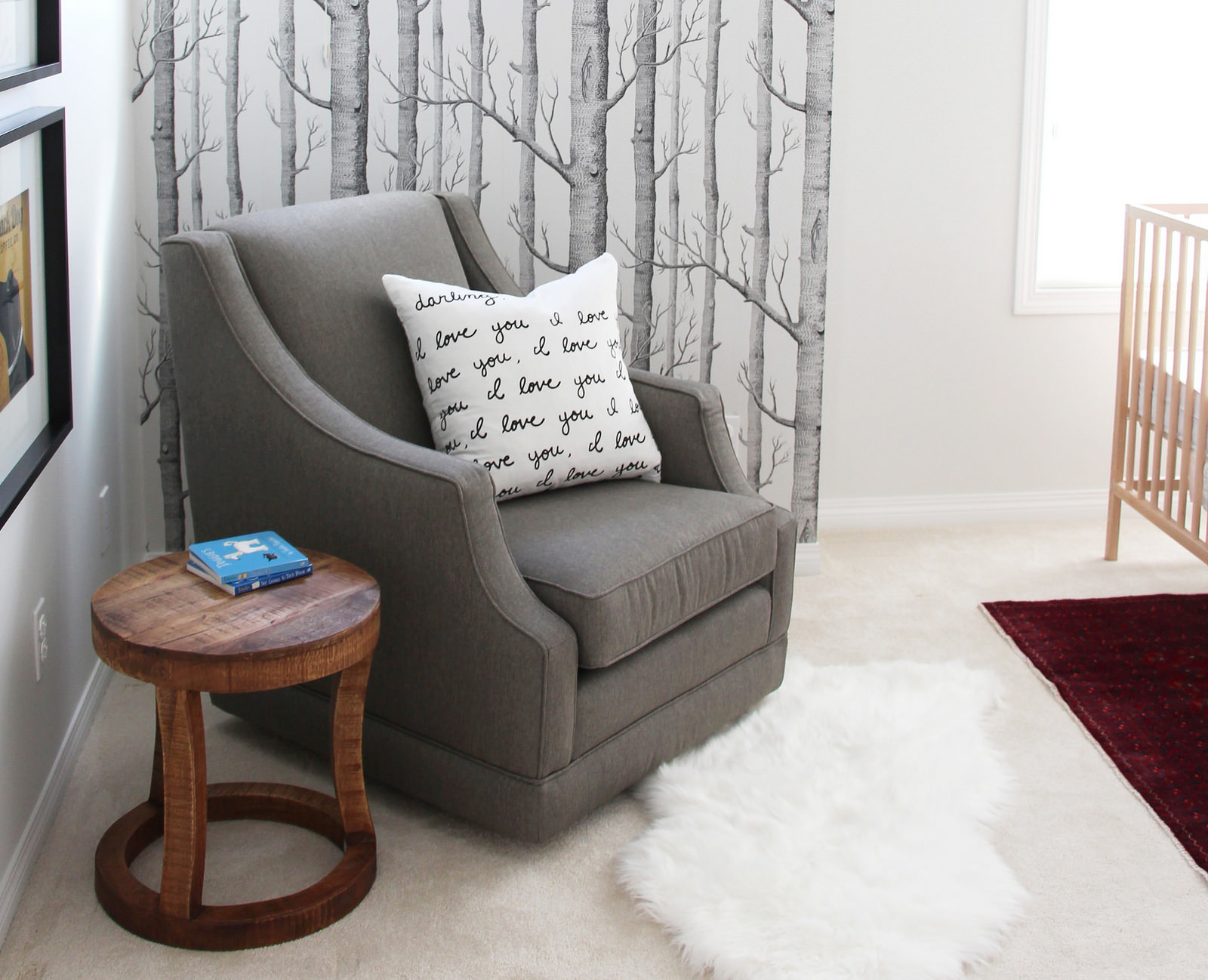 Thanks Judy. It turned out really lovely. The colours were even more beautiful in person. 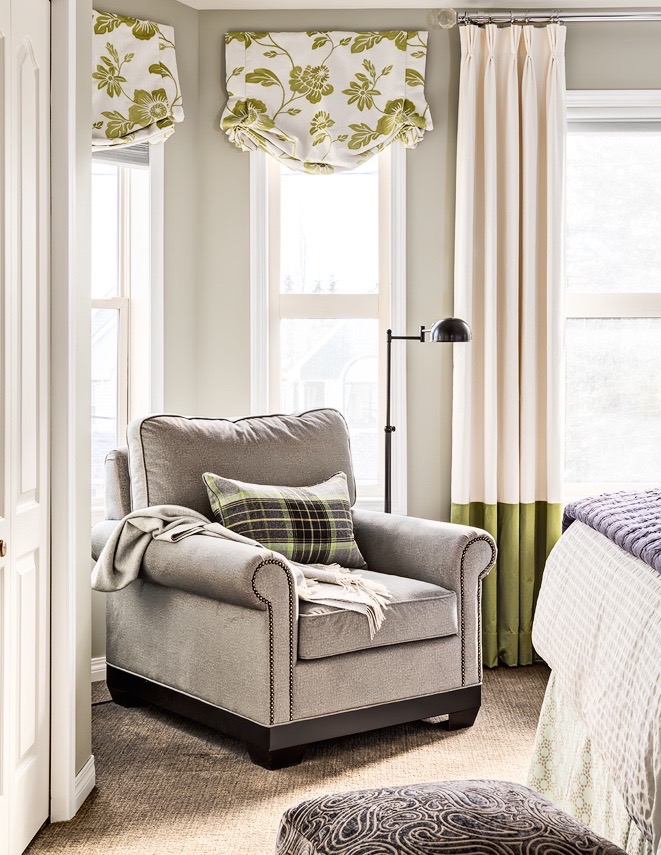 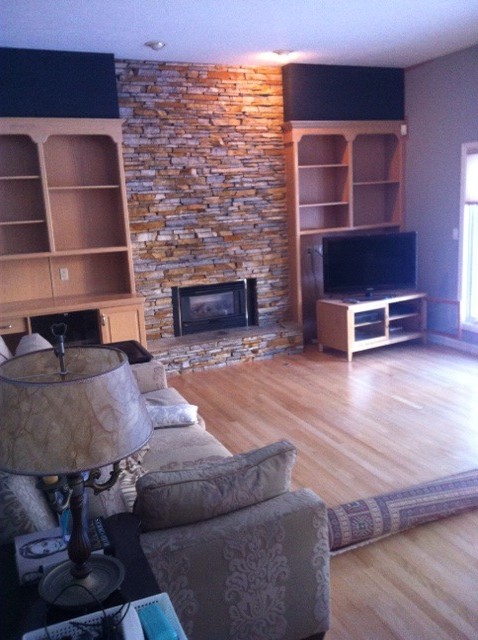