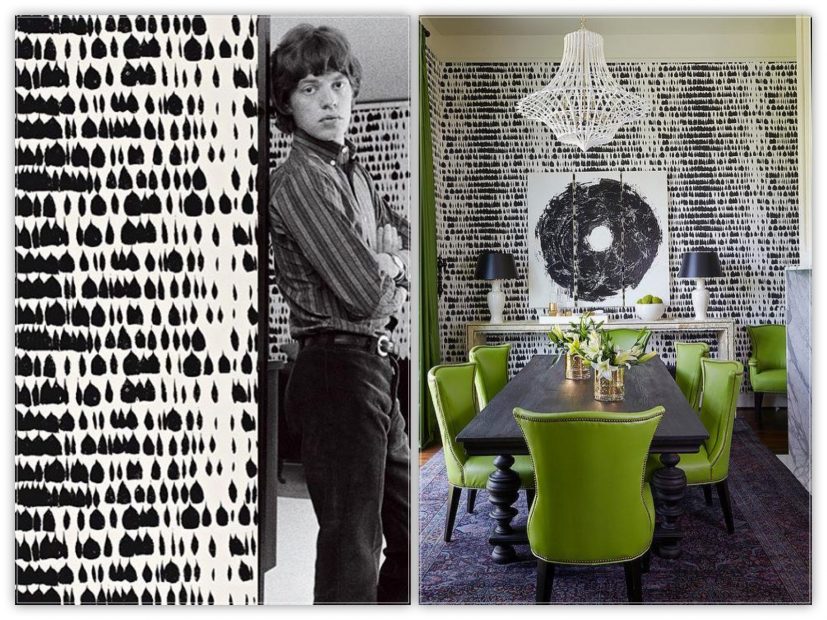 Bring your Home to the Next Level with Schumacher Fabrics What do Mick Jagger, Jackie Kennedy, Vivian Leigh and Frank Lloyd Wright all have in common? If you guessed that they’ve all decorated with Schumacher wallpapers and fabrics, you’re right! The Schumacher line is known for their cutting edge ways and we consider them ‘classic –  with a twist’. When starting a project for a new client, we always look to Schumacher first. Their use of colour, texture and pattern is magic. In Calgary, the Schumacher line is carried at Stewart Drummond Studios. They do a wonderful job displaying the line and both Audrey and Shelley know how fantastic the many prints go together. Shelley has said that the more you work with Schumacher, the more there is to love about this brand. Schumacher has a long history of being ahead of the curve. It was 1889 when Frederic Schumacher came to New York from Paris.  He opened a design house and was the first to import exquisite European fabrics to the American market. It wasn’t long before he started producing luxury fabrics in American mills. It was the Gilded Age in America and Schumacher quickly gained a very discerning clientele. Their fabrics were being used in private manses as well as showing up in opulent properties like the Waldorf-Astoria Hotel. Schumacher is a company with a lot of design firsts. Their 1930 debut of fashion designer Paul Poiret’s collection was groundbreaking. Not only did it showcase Poiret’s flair with colour and his exuberant designs, but he was the first designer to do a full fabric collection. There were also other historic firsts for Schumacher. 1939’s Gone with the Wind, featured the Hydrangea Drape wallpaper pattern, which is still in production today. To support the American war effort, Schumacher produced textiles for parachutes and life preserves. In 1962, Jackie Kennedy appeared on television with a tour of the newly decorated White House. The Blue Room featured a Schumacher wallpaper. There’s a reason why Schumacher keeps showing up throughout the years. They are an extraordinary company and have always produced style-setting products. As well, the F.Schumacher company has been family owned for five generations, which I think has allowed them to consistently be industry leaders. As you can tell, I’m a fabric junkie. Mixing the right fabrics in a room brings it to the next level. We think every home needs beautiful fabrics.  Whether it’s a sofa, draperies or even a toss cushion, Schumacher fabrics are magic and elevate any room.

Images 2,3,4 and 5  Karen Fron Interior Design / All others from F.SCHUMACHER.COM

Fabulous Fabrics – It’s all in the Mix

Over the moon for Abraham Moon Fabrics