What’s old is new again, and in this case, what’s really old is once again trending high. The persian pickle motif is also known as the Welsh pear design. The most common name though, is Paisley. Paisley is a teardrop-shaped motif of Persian and Indian origin and has been used since AD224. Wow – that’s really old. Paisley shawls, imported during the 17th century, from the East India Company to Europe became the rage. Soon many European countries were copying this centuries old design, but the town of Paisley, Scotland became the foremost producers. Hence the name association. Paisley has influenced many designs around the globe. Paisley became very fashionable during the Victorian times as well dressed men and women wore this pattern. William Morris furthered paisley’s popularity with his wallpapers and through his work, it became known as somewhat bohemian. In the 1960s it was the Beatles who propelled paisley back in fashion. They fuelled the interest in Indian spiritualism and this included the use of colourful paisley designs. Paisley is one of the most recognizable patterns in the world. We’re seeing it show up again very strong on the runway and in home decor. Considering it’s been around for centuries, it really can be called a classic. And just because it’s super old, doesn’t mean it’s old fashioned. Paisley works in all decors and is right at home in classic design as well as modern.

If you would like to make good design a part of your life, email me.

Karen Fron Interior Design is a Calgary based design firm. We believe that a well functioning and beautiful home makes life better. It’s not about how much you have, it’s about using what you have to create beauty. 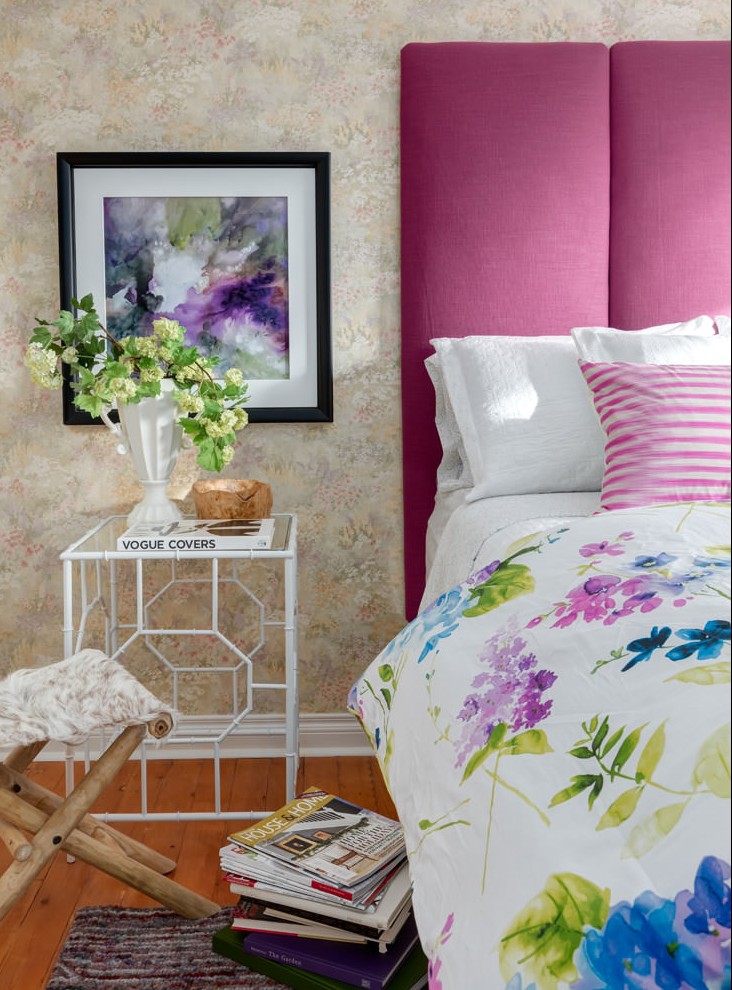 Update to timeless design – before & after