Family Cottage gets a Refresh My neighbour at camp is the most wonderful lady. She’s been coming to the lake for over 50 years and every spring she can’t wait to move out from town. When she first bought the place, it was a little tiny cabin that could barely fit the five of them. They all loved being here and made it work. 30 years ago they built a new camp, a much larger place with 4 bedrooms. Now her place  fills up with her children and grandchildren and great-grandchildren. That’s the thing with camps on our beach. They’ve been in families for generations. Once you start coming to the lake, you don’t stop. The power and force of Lake Superior draws you in and casts a magic spell. The lake becomes part of you and all winter you hear it calling. So you come, summer after summer, and the years roll by. Before you know it there’s more people coming, new husbands and wives and babies. And then the babies grow up and have babies of their own. And they all LOVE the camp.

So this summer, my lovely neighbour and her equally lovely daughter asked me to help them spruce up the camp. They wanted to freshen it up a little bit. But I knew we had to tread lightly. When so many people LOVE a place, they love it the way it is because it’s always been that way. It’s full of memories –  warm and comforting memories. Everything in there holds a remembrance of good times.

Now here’s the interesting part. It’s usually the younger generation that doesn’t understand why anything has to change. I’ve seen this time and again – the grandchildren are worried when grandma decides to redecorate.

However, the ladies were ready for a refresh and I was thrilled to help. We began in the evening. First step was to discuss layout of the room. It was working beautifully the way they had it set up. It was cozy for one, yet could still accommodate groups of 30. Function came next. We talked about things like reading lamps, shoes, sunscreen, keys, sunglasses, remote controls, and how the room gets used. We made notes on what we needed to acquire to make it function even better.

Then we started taking everything off the walls. That’s the photo above. We took down 50 years of treasures and went through them one by one. It’s important for every home to have things with meaning, things that tell a story. We decided what must be kept and what could go. And we knew that we were going to find everything a new spot in the camp. Change it up a bit.

Next order was to take down the draperies and let the light shine in. It looked so open and airy, that everyone agreed not to put new ones up. Not a lot of new things were needed for the camp – but anything we were going to get had to be cream or white to inject a bit of fresh.

The table below wasn’t working at all. For the amount of space it took up, it didn’t really give much storage. Getting a new table was a priority and would bring a big change to the space. We decided to go with a cream storage unit from Canadian Tire. The difference is huge. With so much wood on the walls, it’s important to inject some fresh colours to balance the earthiness. What we liked about this unit was the amount of organized storage – places for phone charges, the sunscreen, and all the other bits and pieces that accumulate.

The lamp was a splurge, but every space needs a few new things to make it current. It was a good choice as it probably gets the most compliments. Because storage is always an issue, we found some creative ways to organize it. You might remember from my post on baskets (here), that I think they are the magic clutter solution. Also, there’s nothing wrong with using functional items like binoculars, puzzles, books and games for decoration. Like a lot of homes, the kitchen table is where all good things happen. Because this table gets used all the time and for so many things, they wanted a cloth that was worry free. We choose the pretty one below from Fabricland. It’s a fairly thick vinyl cloth off the roll. The colours are fresh and lively and the background has that all important white. A large basket filled with useful items makes for a great centrepiece. They already owned this pretty table which sits between the kitchen and the eating area. We added a few baskets on the shelves to keep it neat looking. Keeping a stack of plates and some cutlery within easy reach eliminates everyone crowding into kitchen workspaces to grab a spoon or fork. The plate rack below has always held decorative plates. We just changed them out for some that were whiter and brighter. Nice thing was, they already owned these plates. Now they have a new home on the wall. Sometimes just regrouping items and rehanging art makes everything look new and improved. That’s what’s so fun about a refresh. Using what you have and adding a few new things. The cushion and throw below are new items and even just adding a few touches like this brightened up the space. One of my favourite things about their camp is the rolling pin below. It was given as a gift by a favourite nice and nephew. Throughout the years it has acted as a 3D guest book taking the place of the more traditional one. Even my kids have signed their name. The mobile below found a new home in the stairwell. Another very loved treasure is this little painting of the first camp. It serves as a reminder of the way it was. Buildings come and go, people change, but the lake remains a constant. I’m happy to say that the new look in the camp was well received by everyone. Happy grandma and happy grandchildren. Thanks Ruth and Judy for being the best neighbours. 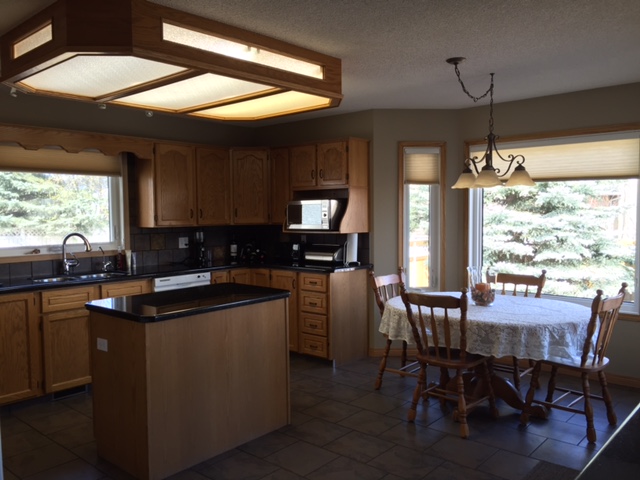 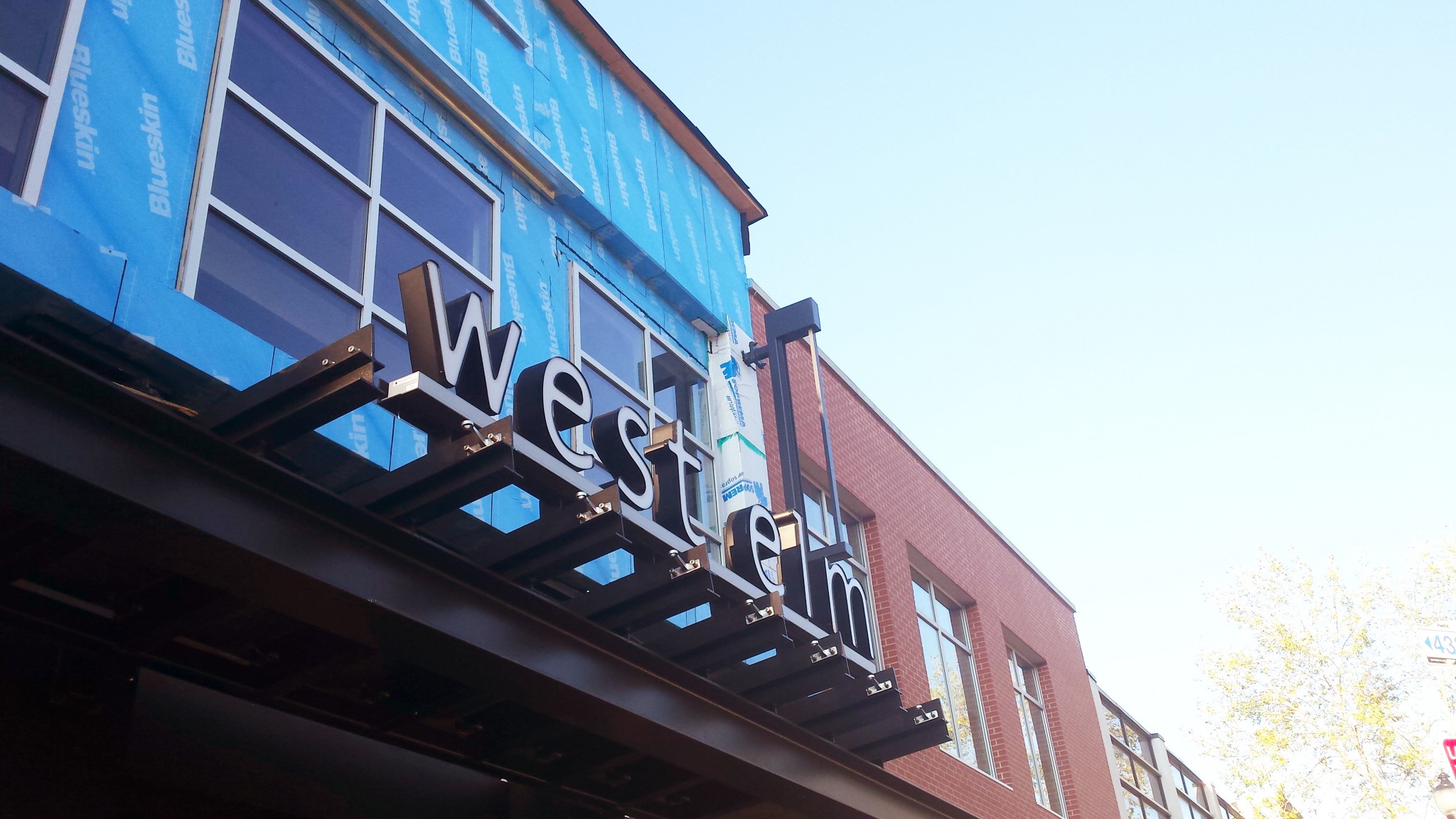 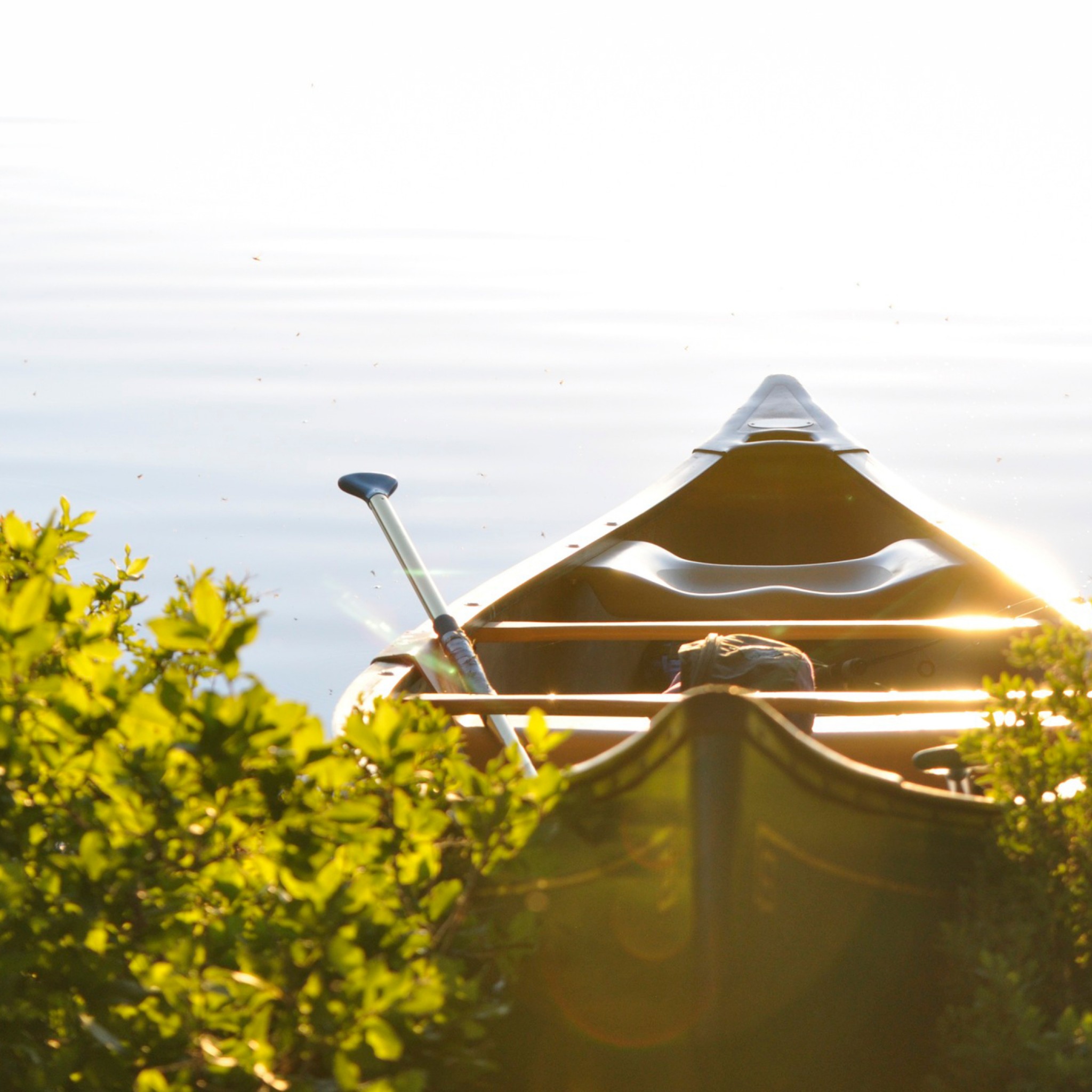